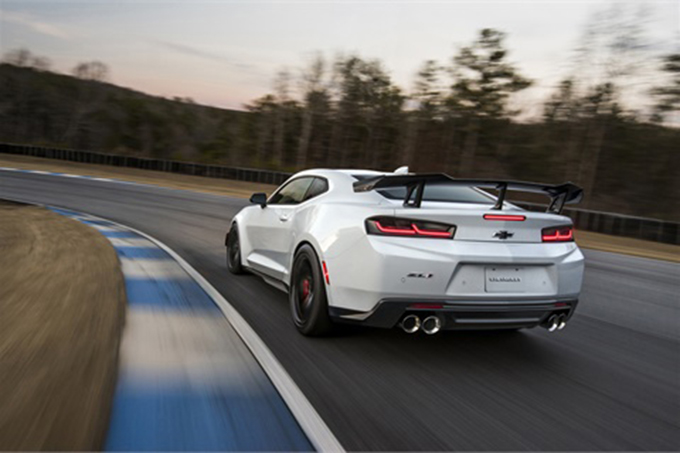 SAN FRANCISCO — Media, insights and marketing solutions provider Jumpstart Automotive Media released its April interest data for shoppers who researched vehicles across the firm’s portfolio of automotive publishers. It showed strong gains among domestic OEMs, and that Chevrolet passed Ford as the brand with the most shopper interest during the month (8.9%).

A handful of muscle cars seeing growth among all segments in April. Led by the Dodge Challenger SRT Demon and Chevrolet Camaro ZL1, shopper interest in performance cars jumped by 15% for the month. In fact, the Camaro was the most-shopped vehicle on Jumpstart’s portfolio of websites in April (up from sixth-most shopped in March). Interest can be attributed to organic research as well as editorial coverage from this year’s New York Auto Show, where both vehicles were revealed, analysts said.

Only the alternate fuel segment, which is smaller overall than the performance segment (up 15%), registered more monthly growth (19%). Segments seeing the largest drop in share of shopper interest include the coupe (-11%), luxury sport premium (-10%), and midsize luxury SUV/CUV (-10%) segments.

The new third-row Volkswagen Atlas made the top-10 in the midsize SUV/CUV segment, up five spots from the previous month. Bold styling and a “Luv Bug” TV ad in April most likely aided in searches on the vehicle.

“It’s refreshing to see some American Classics such as Camaro and Challenger see heightened interest, especially as we head into warmer months where it’s a little more fun to drive with the windows down,” said Libby Murad-Patel, vice president marketing and strategic insights for Jumpstart. “Aside from those classics, April was defined by several other entrants in the market helping to make a splash in their respective segments.”

MyDealerCapital.Com also known as Dealer Capital Services, Inc. was established in 2012 as an automotive capital company based out of Lafayette, LA. We are a buyer and brokerage of automotive finance contracts, specifically non-prime retail automobile sales contracts from automotive dealers and finance companies that offer financing to customers with limited or adverse credit.